Bill Validators – Evolving and Improving to Keep Your Business Moving!

Bill validators are the unsung heavy lifters in the car wash industry. They’re things you don’t think about until they go bad. Validators are the brain in your coin changers, your vending machines, and maybe even your bay boxes and vacuum units. Without them, cash doesn’t flow. Particularly in the self-serve segment, they’re necessary to continue driving business along without staffing with attendants.

Keeping abreast of the latest in bill validation technology and bill validator units is vital for your wash. New models improve on speed, security, integration into business, and so much more! But few have made so many advances all at once quite like the new Talos bill validators from CPI.

As fraudsters continue to step their game up to thwart the latest in anti-fraud security, the validator industry has to run to keep up.

Since 1990, there have been multiple updates and redesigns of the bills in circulation. Some of these are quite obvious – the offsetting of the portraits on the bills versus the older, centered portraits. Font changes and border changes. Color-shifting numerals and unique background coloration.

Some of them are less noticeable, but still require detection. $1 bills do not have much in the way of advanced security features, as many counterfeiters see them as not worth the time. Larger denomination bills accepted in validators like $5, $10, and $20 bills received in-depth changes.

Talos machines accept all of these, as well as $50 and $100 bills. Larger bill breaking is used almost exclusively in the gaming industry.

The CPI Series 2000 validators sported state-of-the-art (at the time) pellet sensors. Covering the central portion of the bill, they were able to scan roughly 12% of the surface of a note. The CPI series scanned using three different wavelengths of light. This is still good fraud protection, particularly with the previous generation of banknotes that were still making up the bulk of notes in circulation at the introduction of the 2000 family.

As counterfeiters improve, the banknotes have to become more unique. In turn, validators need to keep up with these changes and keep ahead of the next round of counterfeiting. The new series of Talos validators feature the Talos Light Bar Sensor, with full width banknote validation. By covering 99% of the notes surface, it provides full scanning, making it near-impossible to slip a counterfeit bill past them. Talos series validators have doubled up the scan wavelengths to six total wavelengths of light. This allows the light bar sensor to scan the latest generation of banknotes – and prepares it to deal with the next generation of bills. The modern bills require greater detection than previous banknotes, with varying colors being present on all the bills – the extra wavelengths aid in this.

One big change for the Talos series is that the high/low security modes of the 2000 series have been removed. A single mode now combines security and acceptance in one effective package, eliminating the need to make the choice between low security/high speed or high security/low speed.

Improving the User Experience on Both Sides

Security is great as long as folks are using the machine – if there are no bills going in, then the security doesn’t really matter!

By halving the banknote transport speed, the new Talos validators provide faster transaction speed. This means less time the customer is waiting for their action to trigger. It might not seem like much – two seconds per bill – but it can be enough to be the difference! Faster transactions means the ability to cycle more customers through, and also makes the process less of a hassle for users.

Customers are the focus of many improvements in the bill validator segment, but the internal users also get some attention with the new Talos validators. This new generation features:

These quality-of-life changes for operators make the Talos an excellent choice for retrofitting machines and for new machines moving forward.

The Advantages of Talos

There’s a good chance your current machines run on CPI Series 2000 bill validators. Sometimes, making the jump to a new validator can seem daunting, with retrofitting and parts disagreements.

But if you’re going straight from the Series 2000 to a Talos validator? The Talos is compatible with all legacy bezel types, including cashless bezels. All retro bill magazines are also compatible. The form of the Talos makes it a drop-in replacement for Series 2000 models, with no need for heavy retrofitting work.

It’s not just backward-compatible though – it is a forward-looking validator. The 32-bit microprocessor easily supports the current enhanced feature set, while providing power and scalability for future innovations. This provides assurance to users that their Talos units won’t necessarily have to be replaced with new iterations. Instead, they can to be scaled and upgraded as needed as needs change.

The evolution of bill acceptors and validators is incredible, and the story isn’t done yet. The constant cat-and-mouse between security experts and counterfeiters will lead to new innovations in counterfeiting – but with a new Talos validator, you’ll be prepared!

How to Clean and Mount a Mars Validator

Bill Changers Can Make or Break a Car Wash 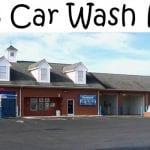