This intense and deadly hurricane ravaged several parts of the Caribbean and Gulf Coast areas, with winds up to 150 mph, 77 fatalities tallied, and at least $16 billion of damage. Unfortunately, Damon Ivey’s Mid City Car Wash of Lake Charles, LA was directly in the path of the storm.

A Sonic location sits across the street from Mid City Car Wash. According to Ivey, much of the damage to the car wash occurred from metal pieces that were ripped off the Sonic and blew across the street. Those large chunks of metal, along with the incredible wind force, mangled an air/vacuum combo unit and menu sign, ripped canopies off the building, caused major power supply issues, blew down a fence, and damaged bay doors. As you can see from pictures, that’s not even an exhaustive list of the destruction.

Ivey told us that they had never before experienced such extensive hurricane damage. In fact, they have not dealt with much of anything since Hurricane Rita in 2005. With Hurricane Laura, things were different.

Mid City was down for sixty days, and completely without power for thirty days. Sadly, they lost an entire wash location to the hurricane, with the entire infrastructure damaged beyond repair. Ivey decided to concentrate on his remaining two washes. He focused on not just repairing, but also improving, the locations. One might even call it a silver lining in the mess.

Said Ivey, “It did give me the chance to do things the way I wanted to. Like, I had Extrutech wall paneling and it’s been sitting in my storage unit for two years. We just never had the time to put them up because it stays busy. It gave us that time to do that. We switched to CryptoPay, and that has been phenomenal for us.”

The repairs and improvements are virtually all complete, and Mid City is back to providing quality, reliable car washing to the Lake Charles area.

After we discussed the damage at his car wash, we asked Ivey if he had any advice for car wash and business owners who might be at risk of hurricane damage.

“Your Texas people, or Mississippi, Alabama, Florida; those would be the main ones. Go over your insurance policy with a fine-tooth comb. At that point in time (when a hurricane hits), there are so many clauses that insurance decides to go verbatim with what their policy states.”

That advice, regrettably, comes from Ivey learning it the hard way.

“We lost all of our fencing around the car wash, and we ended up finding out that none of the fencing was covered. That’s $30,000 in fencing. That would be the best thing I could tell somebody who owns a business. They need to know what their policy is, their deductibles, their lost-income limit. That’s another one… we were down sixty days and they gave us $5,000 for each wash. My car wash makes more than that!

“You really just don’t know, because it doesn’t happen every day. All the sudden it hits. You know you got a deductible, but then you start getting into all these other things. What does it cover? Does it cover wind? Rain?”

Mid City is back in business, but they’re still struggling with some insurance issues. Ivey maintains a pleasant demeanor about those problems, but its clear he wants his insurance situation to be something of cautionary tale for other car wash owners.

In August 2019, the Kleen-Scene published an article about George Kamzik and his six BK Car Washes in the Panama City area (it can be found in issue 33). Kamzik dealt with damage from Hurricane Michael in late 2018, and cited Kleen-Rite as a big help in getting his businesses back to normal.

Ivey has a similar affection for Kleen-Rite, especially after receiving excellent assistance during his rebuild. His father ran the car washes first and was a Kleen-Rite customer, and Ivey has maintained that relationship.

“I’ve had a great experience. In customer service, Vanessa is so helpful! I’ve dealt with others and they were great too. They’re always willing to make things right. That’s what customer service is all about.”

Ivey noted that he purchased ALL of his new parts and equipment from Kleen-Rite, and expressed how crucial National Sales Manager Gary Frey was in getting those shipped during the rebuild process.

Shannon Yordy, a Kleen-Rite marketing employee, visited Mid City Car Wash and Ivey in 2019. She took pictures and gathered information that was eventually featured in the Kleen-Rite calendar. She also got to know Ivey and some of his employees.

“Miss Shannon, she was one of the first ones that reached out to me after the hurricane. I just thought that was really awesome. Because when you have people that reach out just to check on you, that means a lot.”

Thanks for speaking with us, Damon! We wish you lots of success in the future! 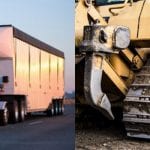 Should You Add a Large Bay? What Products Are Needed if You Do?

A Visual Revival: Remodeling a Joan’s Spot Free Car Wash with the Mapes