Stop Digging in the Dirt. Pan for gold with the Vacuum Prospector!

Show of hands – have you been picking through the debris from your vacuums, pulling out lost valuables and coins? You want to avoid literally throwing away money, but picking it out is a dirty and disgusting job. Even with gloves on, it’s still unpleasant. The Vacuum Prospector Clean Out Bucket solves this problem and puts money back in your pockets – without all the mess. Developed by a car wash owner, this unique product utilizes a false bottom and 162 holes. Each hole is smaller than a U.S. dime, so no change slips through!

When placed inside of a vacuum, the Vacuum Prospector collects dirt and debris in the bucket. When full, you simply remove the bucket and unlatch the false bottom. Once opened, dirt and fine debris falls into the trash can, while coins and valuables stay behind. As the name suggests, it’s like panning for gold – at your car wash!

The Kleen-Scene spoke with The Vacuum Prospector inventor Todd Perkins about how he developed his money-saving product.

The Birth of the Prospector

Kleen-Scene: You’re a car wash operator – how long have you been in business?

Todd Perkins: I have just one business partner that has been my business partner in everything we have ever done. His name is Russ Greene. In 2013, we purchased an existing car wash, a touch free automatic with four self serve bays. It was across from (a shopping center), so once we did the remodel on it we found out we were way busier than a touchless automatic could do! We ended up tearing down two of the self wash bays and added a 70 foot express tunnel as well. That was our first car wash, and then I just finished doing the exact same layout brand new about six months ago.

KS: What inspired you to make The Vacuum Prospector Clean Out Bucket?

TP: I cleaned the vacuums every three days for three years, until we had an attendant. You see the money on top of the dirt, you see the quarter and you can grab that, and then you dump it in the garbage can and hear clang, clang, clang. There’s some money in there!

I decided to see exactly how much money I was throwing away. I saved every penny for six months and I logged it to see exactly how much money I was getting: roughly 12 dollars per vacuum per month. With 7 vacuums, I was in the 80 to 90 dollars a month range. So, I decided to look up some census stuff – how may car washes are in the US? It’s roughly 100,000. I said, okay, there’s probably 5 vacuums per car wash, that’s 500,000 vacuums. How much money is getting thrown away? If you multiply it out that’s like 69 million dollars a year in the garbage! Holy moly! Just in my one little car wash I’m throwing away 1,000 dollars a year myself.

I probably had 20 different prototypes – I tried pizza pans with holes in it to try and sift, I tried tennis ball tubes hooked to the inside of the vacuum hose, I was trying just about everything. Even went online and found these little plastic balls you heat up and they become pliable for a while, and you can mold them yourself, I tried that and drilled holes in them. I grew up a farmer – cherry orchards – and around animals. One day I walked through a feed store and I saw some of the farm supply feed buckets and I started trying to use those for some of the crude prototypes. Once that worked, and I figured that out, I tested it for a few months.

I made and engineered the 3D model and sent it off to a few different places and got prototypes made. One of my attendants ended up with $482 in six months. I’ve been using them for a couple years in my own wash, just getting everything right.

It’s not really a profit thing for me, it’s more for the attendant – they want to clean the vacuums out. As a car wash owner, there are two things that are very difficult to get employees to do – clean the vacuums, and the tunnel pit. The Prospector has really helped. In the last 4-5 months, I have not had to ask them “did you clean the vacuums out?” They just do it. We put all the money in a bucket through the year so they can see it, then at the end of the year, we cash it out and give it to the attendants as Christmas bonuses.

How the Prospector came to Kleen-Rite

KS: What prompted you to reach out to Kleen-Rite Corp. regarding The Vacuum Prospector?

TP: The operator (that owned the car wash previously) was pretty much like here’s the keys, here’s the Kleen-Rite catalog, and this is where you order stuff from. So that really was my introduction to Kleen-Rite in 2013. I checked all the prices and you guys were always the best price after shipping or really close, so I decided this was where I was going to order all the equipment.

I also always watched Tom’s videos – I knew how to turn a wrench but I didn’t know how to install a vacuum or those things. Now, I’ve become an electrician, and a plumber, and an engineer in the last 7 years! I was like, that would just be the coolest thing ever if my thought turned into something real and then was with the company I’ve always purchased all my other stuff from.

You can start collecting money and valuables with easy by getting yourself a Vacuum Prospector Clean Out Bucket today, only from Kleen-Rite! The Prospector fits a wide range of vacuums, including J.E. Adams and IVS units. 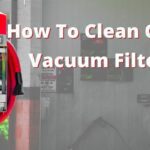 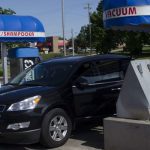 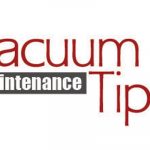 How To Maintain Vacuums 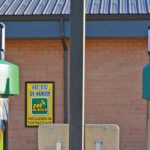 Light Up Your Profits with Vacuum Topper Signs!