Preparing For Winter With Desalt

Winter is typically a busy and lucrative period for car washes when harsh weather strikes. Customers hit the bays to clean off the remnants of slush and ice build-up. Frequent travel around the holidays means vehicles get dirtier than normal from increased use. And, of course, winter precipitation and frigid temperatures mean salt trucks are busy treating the roads in hopes of making them safer. Salt residue not only looks terrible on vehicles, but it can also cause serious damage and deterioration. On the positive side, this provides an excellent opportunity for your car wash to make customers happy while increasing profits by offering desalt!

Providing ways to neutralize road salt products has become more and more important. Why? Many municipalities have moved from sand-and-salt mixtures to liquid brine solution –usually sodium or magnesium chloride. While these sprays are more effective in application and performance than traditional methods, they also stick to vehicles more and invite corrosion.

Programming a desalting service in your bay is a great revenue driver. You can swap out something like a bug remover that barely gets used during the colder months. Adding desalt also creates seasonal marketing and promotional opportunities for your business. What’s more, you may attract new customers who initially just want to remove salt, but eventually realize the benefits of keeping their car clean year-round.

When Should I Offer Desalt?

It can be tempting to start looking towards spring once the new year has started. While planning for the next season is important, it’s also smart not to ignore the realities of our weather patterns. Offering a desalting option in your bay well past January will prove to be a shrewd move for you. In fact, some of the nation’s historically *worst winter storms have hit in February and March:

• February and March 1717: “The Great Snow of 1717” was a series of four storms that covered New England. Left nearly four feet of snow on the ground with drifts as high as twenty-five feet high.
• March 1888: “Blizzard of ‘88” brought below-zero temperatures, intense wind, and deep snow that left many cities without transportation or communication. New York City suffered the worst of the damage.
• February 1977: Western New York, Ontario, and Canada experienced a bought of intense winter weather that killed 28 people. Highways became clogged with stranded vehicles and many folks were trapped at schools, stores, and offices. The city of Buffalo was shut down for over a week.
• March 1993: The “Blizzard of the Century” hit Mid-Atlantic states hard. Not only did this blizzard bring record-breaking snowfall and depths, but it was also accompanied by tornadoes, thunderstorms, and floods. Snowfall eclipsed forty inches in some areas.

Take the brutal weather of winter and turn it into a boom for your business! Add desalt in your car wash bays and continue to offer it throughout the entire winter season! 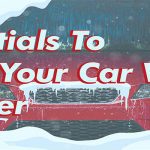 10 Essentials to Prepare Your Car Wash for Winter 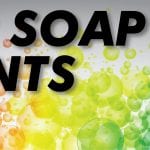 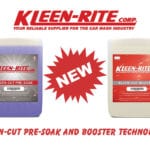 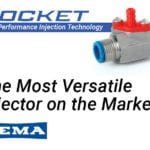 DEMA Rocket Injector – The Most Versatile Injector On the Market! 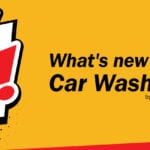 The Sexy, Soapy Side of Car Wash