A common saying, but for Sammy Rivera of Budget Car Wash, making the best out of bad luck has helped him build a flock of businesses in Connecticut.

It did not look like things would go that way starting out. A pizza delivery driver, his source of income depended on his car. And with barely two nickels to rub together, the car decided to give up the ghost. Needing a transmission repair, Sammy reverted to old school ways – trading services for repairs.

“I ended up in New Haven at a transmission shop that was there, and they wanted $800 to fix the transmission.”

Not having the money, and not able to work without the car, the shop reached out after a few weeks.

They struck a deal, that Sammy would start working for the shop, doing the little things that often got overlooked. Not even working on vehicles, or on the books. “I’m cleaning, I’m doing my thing… I clean, I clean, I clean the toilet, I clean the office, I clean the garage…” After a week, they offered him a part-time gig, which he accepted while burning the candle at both ends, still delivering pizza.

He remembers, “That lasted for about three or four weeks, and I was just burned out, doing both… I asked the guy, ‘I’ll stay the whole day, I’ll stop delivering pizza’.” That’s all it took – they decided to bring Sammy on as full-time help.

New Haven was starting to undergo a transition at the time, one that continues today. The growth of Spanish-speaking residents in the region exploded in the early part of the millennium. Now, the Latinx population accounts for 30% of the area’s population. Spanish is the largest non-English language spoken at home.

That sort of initiative was the stepping stone that got Sammy into the door. It got him into a long-term position – with an eye towards the future.

Stepping Out on His Own

Like any entrepreneur, you can only contain them for so long – particularly with that level of personal initiative.

After seven years working in the management role, Sammy noticed a prime location for a transmission shop sitting dormant over winter months. Every single year, it would close up for a few months. There wasn’t a for sale sign, but Sammy put two and two together and decided to get ahead of the game.

“March, still closed… so I’m calling, I’m interested, I’m calling and leaving messages. Guy finally calls me back, says ‘Hey, you the one leaving me all these messages? If the place was for sale, it would have a for sale sign on it.’ I said yeah, I understand, I’ve seen the place closed.”

Sammy’s sense was correct though – the business owner responded “Yeah, nah, I’m done, I’m just going to sell all the equipment, I’m done.” A little bit of smart negotiation later, working with the property owner, and Sammy was the proud new owner of a well-stocked, four-bay transmission shop.

As time went by, Sammy faced some bad luck again – the original Budget Transmission shop burned to the ground. After moving to a new shop, Sammy was looking to grow again, and found a permanent home for the Budget Transmission brand. As luck would have it, it was right next door to an existing car wash facility.

Staying still is not something that Sammy does. He’s a man who keeps an eye out for a great opportunity and makes the move. Chatting up the owner, he built a relationship over the years. Slyly dropping hints here and there, he probed the possibilities over time, and one day the owner finally approached Sammy.

Sammy remembers, “One day, he comes over with the realtor… he goes ‘Hey, remember how you said you were interested in the car wash? You still interested?’… so, I talked to my dad Joe, and we paid for the whole thing cash.” That was July of 2017, when Budget Car Wash became a reality.

Learning on the Go

Sammy got the usual baptism by fire that many in the industry get when they jump feet-first into the car wash business.

The previous owner had engineered and set up quite a bit of the systems themselves. There weren’t manuals just lying around for Sammy to check. Lucky for Sammy, the previous owner was – and still is – happy to consult when needed. “When things break, you have to figure it out… and I call him, he’s good about that, I’ll call him or I’ll text message him, what’s this, what’s that, how do I fix this… and he’ll coach me on what to look for.”

Having a tutor and source of information has helped Sammy keep Budget Car Wash moving through the years, and helps Sammy make sure the business remains profitable. It’s one of the great elements of the industry – the old-timers being willing to pass on their knowledge and bootstrapped engineering to the next generation of owners.

The Value of Customer Service for Budget Car Wash

Having a team that he can reach out to and be confident in getting the right answer is important. “If I call up and I say I’m looking for this yellow round thing that I think goes in the machine she [Vanessa in our Sales Department] says ‘Oh yeah, I think I have two of those, does it do this and do that,’ she knows what I’m looking for.”

It’s one of a number of factors that play into Sammy being a loyal Kleen-Rite customer. “If there is something that goes wrong, you guys make it right… I feel that Kleen-Rite is looking out for me, and that makes me feel good. It makes me feel good for my future.” Partnering for success, now and into the future, makes Sammy feel confident that new systems will be ready to go and have support behind them when he gets them from Kleen-Rite. He’s got an eye on a new 8-bay Triple Foam set-up, with the hopes of improving profits and efficiency.

Customer Happiness is the Goal

In the end, Sammy sees being a car wash owner as a way to make clients happy. He wants it to be a great experience, and loves interacting with customers, heading out and chatting with them. He wants the customers to feel they are getting great value and feel welcome to stay there and make sure they get great looking vehicles by the end of the visit. “They’re sitting there manicuring their car, I’ll go over, talk to them, and that relationship and seeing them just having that smile… that’s what I’m working for.”

Between his tenacity, his entrepreneurial mind, and keeping an eye open for more potential opportunities for the Budget brand, Sammy has developed into a force in the Connecticut small business community. His story, from a bad luck start up to his current success, is one that mirrors many in our industry – busting his knuckles, burning the candle at both ends, developing a successful, dependable business for now and into the future.

At Kleen-Rite, we congratulate Sammy for where he has gotten so far and hope the best for him into the future! 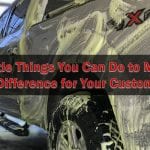 10 Little Things You Can Do to Make a Big Difference for Your Customers! 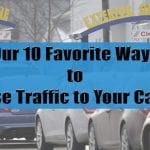 Our 10 Favorite Ways to Increase Traffic to Your Car Wash 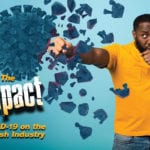 The Impact of COVID-19 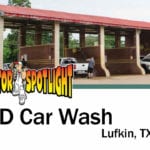 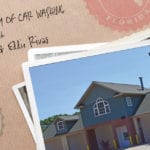 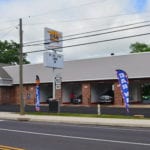 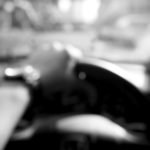 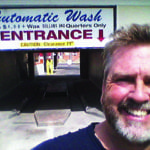